Home » Places To Visit Near London
Others

Places To Visit Near London 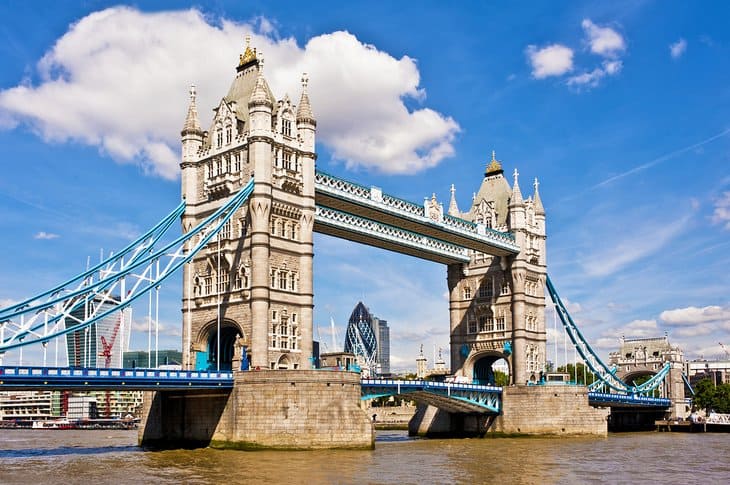 There are numerous places to visit near London that exudes regal elegance, rich history, and incredibly unique scenery, providing you with a lifetime of memories. There is no shortage of gorgeous attractions in London, from the vibrant town of Liverpool, which is a football fan’s heaven.

If you want to appreciate nature, Rye is the place to go. And if you want to tour the country of castles for a magical experience, Cardiff is the right layover. If you’re looking for a break from the monotony of daily life, then weekend getaways from London like Bristol and Bath will provide you with much-needed relaxation and enjoyment.

Here are some of the best places to visit near London:

Windsor Castle, the world’s oldest and largest inhabited castle, has been the family abode of the British kings and queens for a thousand years. It is Her Majesty The Queen’s official residence and still serves as a working royal palace today. TheWindsor Castle has approximately 1000 rooms in all, 300 gorgeous fireplaces, and an area containing Queen Mary’s dollhouse, which is one of the castle’s most popular locations.

Alton Towers is a wonderful location near London that has a true country vibe. The Alton Towers Resort, set on over 500 acres of beautiful Staffordshire countryside, features three incredible themed hotels, stargazing pods, an enchanted village with luxury treehouses, and much more! This venue also features over 40 top-notch rides and attractions where you and your children may have a great time.

Avebury is the world’s largest prehistoric stone circle, whereas Stonehenge is the most structurally complicate. Book your Stonehenge tickets and visit one of the best destinations around London and learn about Neolithic and Bronze Age ceremonial and burial rituals. According to legend, the enormous stones of Stonehenge were carried from Ireland by giants who had been construct there by Arthurian mythology’s wizard Merlin. Another legend claims that the stones were built by Dane invaders, while a third claim that they were formerly the remains of a Roman temple.

Warwick Castle, which has been in existence for over 1000 years, is one of the best destinations near London to give friends and family the ultimate historical experience in Britain. Discover an exciting year of live performances, including the UK’s largest birds of prey exhibition, live arena jousting battles, and more than 200 amazing event days! Unlike everywhere else, we bring the past to life, making it a must-see for anybody looking for an unforgettable historical trip.

Explore the backstage secrets of the Harry Potter film series, one of the most popular sites to visit near London, stroll onto real sets, and unravel the mysteries of the astounding visual effects. See the famed Hogwarts Great Hall and the Forbidden Forest before catching the original Hogwarts Express at Platform 9/34 and exploring Diagon Alley. The Studio Tour, which takes place at the studios where all eight films were create, displays the British creativity, artistry. Visitors will be able to relive the magic through the eyes of the filmmakers who developed the Harry Potter film series.

Visit Hampton Court Palace, one of the top locations to visit near London, to study about history through the Stuart era and the Georgian era from the 16th century. This well-known site on the banks of the Thames, which was Henry VIII’s favourite palace, boasts Tudor treasures and stunning gardens. You’ll feel a chill of excitement and fear as you explore the Haunted Gallery. Catherine Howard, Henry VIII’s fifth wife, is report to have been seen going down the wall of the room, which is lined with Tudor portraits.

Leeds Castle, known to be one of the “loveliest castle in the world,” is the most popular site to visit near London. It appears in the Domesday Book and has served as a Norman stronghold, royal mansion, and royal palace. The setting, on two islands in a beautiful lake, is spectacular. When the Royal Manor was built in 857 AD, it was own by an ancient Saxon royal family. Following the Norman Conquest, the first stone castle was built there. In 1278, Edward I and his wife Eleanor of Castile converted the Castle into a royal home.

Unwind with your loved ones on a day trip from London at Blenheim Palace, one of the popular destinations around London. You will travel with your family or group of friends on your own private tour and learn everything about the history of the opulent rural home . To get the finest access to the palace, its rich interiors, and its beautifully planted gardens, hire a private driver and reserve your tickets online.

Brighton Museum has a rich and vibrant collection of art and design from the twentieth century, as well as style and fashion. It features numerous permanent exhibitions where you can learn about the history of how decorations and clothing.This museum is part of The Royal Pavilion, a magnificent building in the heart of Brighton with a fascinating history. Explore the royals of England while learning about their dress. To create a coastal leisure palace for King George IV, this historic home combines Regency grandeur with the visual style of India.

6 Theme Parks In London For A Fun Day Out

What to Expect on the Everest Base Camp...

Activities To Do In London With Kids For...

6 Historical Places In London You Must Explore

How Do Motorcycles Defend and Prevent Accidents?

Common Kitchen Plumbing Problems and How to Fix...

How to Clean Your Car’s Interior

What to Expect on the Everest Base...